Betrayal Survival Guide: How to Find a Good Couples Therapist 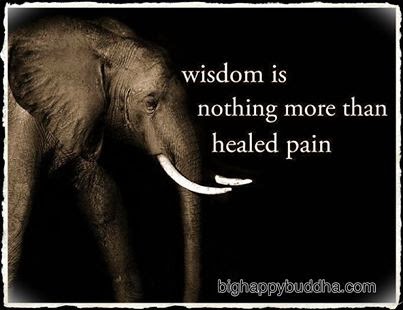 Happy Valentine's Day to you incredibly wonderful women. May you love yourselves with abandon today...and every day.
Posted by Elle at 9:09 AM 6 comments:

Okay, so my title sounds like some sort of B-movie.
But just glance at the covers of tabloid magazines or newspapers for a quick education in how our culture views infidelity. "Cheater!" they scream. Or "It's over!" Or the straightforward "Betrayed!"
The betrayed wives are divided into two categories. Those women who dump the cheater? Brave. Strong. Those who forgive? Delusional. Wimpy.
What's particularly surprising, however, is that much of this scorn heaped on betrayed wives comes from...betrayed wives.
Forgiving a cheater and rebuilding a marriage seems a disappointment to our take-the-gloves-off culture. We want revenge. We want retribution. After all, the adage goes, "once a cheater..."
No matter that evidence doesn't back this cliché up. No matter that the majority (80% says a recent study) of marriages will experience infidelity. No matter that of those who divorce following infidelity, more than three-quarters later regretted it.
Our culture's judgement of infidelity – and those of us navigating it – is why so many of us choose silence even as we're experiencing the worst pain of our lives. It's why we hesitate to trust even our closest friends to support us.
It's why we find comfort in anonymous blogs where we can share our story without fear.
Betrayal creates deep wounds and triggers strong emotions. It's confusing to learn that the one person you trusted most has betrayed you. My immediate reaction upon learning about my husband's infidelity was to wander my house, wringing my hands and asking, out loud to myself, "what am I going to do?"
And it's perhaps that question that's central to this issue of judgement. What was I going to do? Sure I'd always said that cheating was a deal-breaker. But that was when it was a hypothetical. Things are always clear when they're hypothetical.
But now I had to figure out what, among my various options, I was going to do. And of course, I – like all of you – was making that choice with absolutely no understanding of infidelity and without a crystal ball.
It's into that uncertainty about our future, our deep pain at the betrayal and our recognition that other people are impacted by our choice (something our husbands neglected to note) that others cast their judgement.
"Well, I could never do what you're doing," one friend told me, just weeks after my D-Day. Within that comment was her deeper point that, really, I was a bit of an idiot. She'd left own marriage a few years earlier because of her then-husband's infidelity and she had no room for any alternative but to leave. I was stung by her dismissal of my choice. I struck her off my confidantes list, which was already pretty short.
And yet, a few years later, after this friend had been in a happy long-term relationship with another man, she wistfully told me that she thinks she and her ex could have actually made it work. But...who knows? My friend is now happily remarried. She made her choice.
And that's my point: We each get to make our choice. It's an excruciating one. Some of us will regret our choice to stay at which point we're allowed to change our minds. Some will regret our choice to leave at which point we're generally stuck with the consequences. Life isn't an exact science.
What we can do, however, is support each other in whatever choice we make. We can encourage each other to get as much information as we can and then make the best choice you can under the circumstances at the time. And we can then acknowledge that your choice doesn't make mine any less valid.
To those of us who've experienced that judgement, especially from other betrayed wives? Recognize that another's inability to tolerate your different choice speaks to her deep fear that she's making a mistake. We are frightened by those whose actions call into mind that there is another possibility. Seeing the world in black and white makes moralistic judgement so much easier...but it makes the world much less beautiful.
See her judgement as evidence of her own deep pain. And offer her compassion. 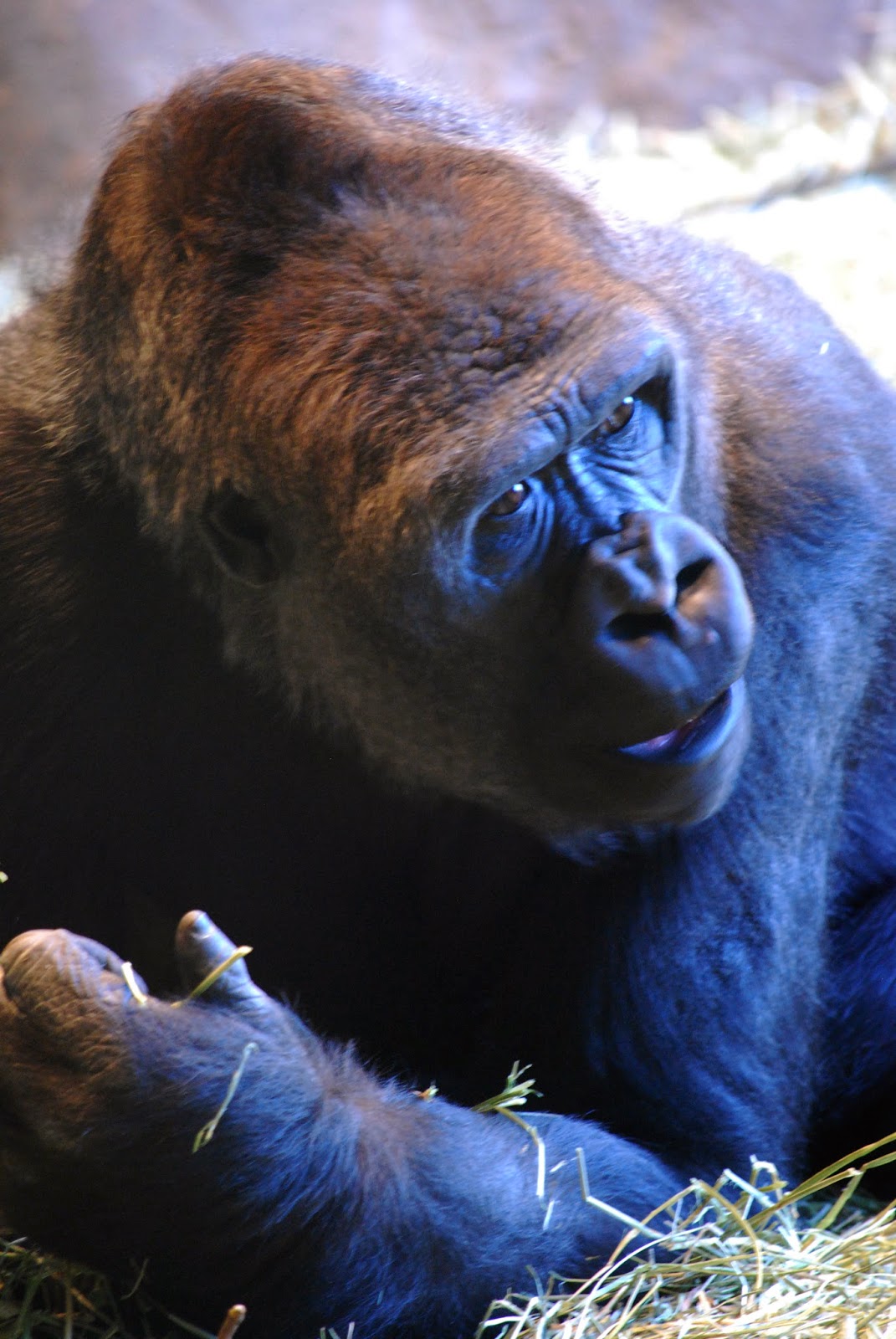 It was 6 a.m. after a long night of me interrogating my husband. But why? I would ask, over and over in many different ways. What were you thinking?
"I wasn't," my husband finally said. "I wasn't thinking about you at all!"
Bam. There it was.
Though he'd said variations on that same sentiment – that his cheating had nothing to do with me – plenty of times, there was something about his candid admission that, as he left our house in the morning to drive to her house for a pre-work quickie, he simply wasn't thinking of me that hit me like a lightning bolt.
He wasn't thinking about me. This wasn't about him battling his conscience, torn between the pajama-clad wife at home wiping her toddlers' faces or the showered, perfumed Other Woman.
He wasn't thinking about me. At all.
It's crazy right? And crazier still that this made me feel good. In that moment, I got it. I finally understood that his cheating really had nothing to do with me. This was about a parallel world he believed in where he was free to do what he wanted. Where he didn't have obligations or responsibilities. Where it was all about him. He didn't care about her. Didn't even like her. She was escape. And escape was what he craved.
So often when women write to me within their letters is the question "why?" over and over and over. Why would he do this? What was he thinking? How could he ruin our relationship? What about our children? Didn't he think about them?
Aren't I enough? they ask. How could he throw away five/ten/twenty years? Didn't he think about what he was doing?
I doubt it.
Cheaters become masters at compartmentalization. Some are so good at it because they're truly narcissists who simply don't care about anyone else. They aren't thinking about you because they never think about you except in how you can be of use to them.
But the others, like my husband, are garden-variety fuck-ups. They've got issues, often deep issues, that haven't been addressed. Childhood abuse or neglect. Emotional detachment. Mother issues. Unprocessed grief. An inability to recognize or manage their own fear – of growing old, missing out, failing.
And then someone comes along who offers escape. Someone in whose eyes they loom large and exciting and interesting. The someone is less important than what that someone offers. A parallel universe. Escape.
It's the reason so many of these guys are stunned when the affair is dragged into the real world and suddenly it seems so ridiculous and cliché and embarrassing. They can't believe what they've done. They're acutely aware of just what they have to lose.
It's not always immediate. Sometimes this parallel universe has such a hold on them that it takes them a while to shake it from their psyche. Like someone in the dark arriving, blinking, into the bright sunlight. They're not sure which one is reality, the light or the dark.
But a lot of guys know immediately that they've really messed up. That this escape has been a total illusion. That the price of this fantasy is going to be high.
They're the ones who insist that they're not that guy. That they didn't know what they were thinking. They don't want to talk about it. It's humiliating. It's confusing. They can't really explain what they were thinking because they weren't.
If they really think hard about it they might acknowledge that they were thinking variations on such things as nobody will get hurt. Or I feel young again. But mostly they just weren't thinking at all.