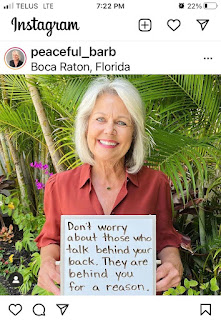 Email ThisBlogThis!Share to TwitterShare to FacebookShare to Pinterest
Labels: adultery, affairs, betrayed wives club, how to heal from his affair, my husband cheated, Surviving Infidelity

If we are not to give ourselves away

There must be those among whom we can sit and weep, and still be counted as warriors...

As I write this, news is reverberating about Simone Biles, that superhuman gymnast, has withdrawn from Olympic competition. There are plenty of "how dare shes", as if her body exists to perform for others, while wearing the American brand; but there is also a loud chorus of cheers for her courage. Because, sadly, it takes courage to prioritize ourselves over what others expect of us. It takes courage to prioritize our own wants over what others want from us. What Biles did was demonstrate for us what it looks like when a young woman refuses to give herself away.

Betrayal was an awakening for me. And oh yes, it was also traumatizing and devastating and crippling. But once the constant ache subsided and I was able to take stock of where I was, what struck me was how little of me seemed left. Strip away all the ways in which I made myself useful to people and all that remained was...who exactly? Without a doubt, I had spent many years giving myself away. A piece here to a friend who never reciprocated. A piece there to a husband who couldn't be bothered to be home for dinner. A piece there to a brother who only valued me when I agreed with him. I gave away so many pieces of myself because I believed that my value lay in being useful that there was nothing left. And it was that realization – that long before I discovered my husband's betrayal, I had repeatedly betrayed myself – that was, perhaps, the most painful of all.

It was profoundly uncomfortable. Often it still is. But not as uncomfortable as betrayal, whether by myself or someone else.

No response to betrayal is more right than another. We each get to chose our path out of this hell. But one thing must be consistent across responses: We must not give ourselves away. We must reclaim ourselves, find value in who we are utterly independent of how others expect us to perform.

Simone Biles, a young woman who has already endured so much betrayal, is showing us how it's done. By centering ourselves. By refusing to give ourselves away. By refusing to wrap ourselves in anyone else's brand. By recognizing that we are so much more than our ability to perform.

Email ThisBlogThis!Share to TwitterShare to FacebookShare to Pinterest
Labels: betrayal, how to heal from his affair, Simone Biles, Surviving Infidelity, Tokyo Olympics

From the Vault: The Strength It Takes

There's a pervasive cultural myth that strong women leave cheaters and weak women stay. Staying is for suckers, for chumps, for women too pathetic to demand respect.

Email ThisBlogThis!Share to TwitterShare to FacebookShare to Pinterest
Labels: betrayed wives club, chump, how to heal from his affair, my husband cheated, Surviving Infidelity 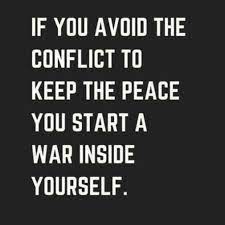 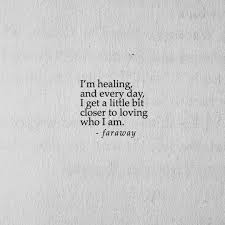 If a house is levelled, don't build the same house.

If there is one fundamental misunderstanding by those who don't see the inside of our marriage (but who think they do, and yes, I'm talking about the other woman), it's that our marriage post-infidelity is pretty much the same as our marriage pre-infidelity. I've heard the wails: "He gets to go back to his wife and his marriage and I'm alone." As if we welcome them back with open arms. As if we aren't shattered by betrayal. As if...

It's lunacy, isn't it? Even if we thought our marriage was great – even if he's telling us that our marriage was great, that his cheating had nothing to do with us, that he never stopped loving us – even with that, we still need to build a new house. Cause the old house is gone. The trauma of betrayal blew that baby to bits.

But the thing with trauma is that it can help us lay down an entirely new foundation. This is, in no way the same as saying that trauma is "good" because it helps us grow. (In some cases, it does exactly the opposite as Lisa Arends so beautifully described in a recent blog post on her site.) But trauma, when it hits us as adults, is lay bare all the cracks. In my case, the trauma of my husband's betrayal forced me to look at all the ways in which I'd been abandoning myself. I brought childhood trauma into my marriage. I was the capable one, the responsible one, the "fixer". Which left my husband the role of errant teenager, which fed into his family dynamic that, without an adult telling him what to do, he was likely to get it wrong. And so I seethed with resentment that I had to do everything. And my husband seethed with resentment that he was treated like a child.

Enter the trauma of betrayal. I had the choice to either build the same damn house or build a new one. And though I still slip into that old house – my default as fixer shows up every single time I'm stressed – I nonetheless built a new one. One that required my husband to be a partner to me. One that required my husband to work through his own childhood stuff while I addressed mine.

As Dr. Silber tells us, the problem isn't trauma, it's staying there. When you heal from it, you learn that even though it was done to you, it wasn't about you.

It's a fool's game. He did cheat. And we are left to rebuild a new house with the same husband (or rather a husband who'd damn well better not stay the same), or to rebuild a life without him as our husband. Either choice is a perfectly reasonable one. But if you choose to stay, you cannot move back into that old house, no matter what the other woman thinks. That house is gone. 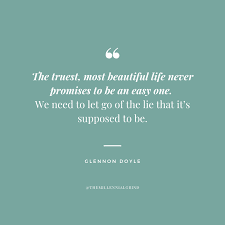 Email ThisBlogThis!Share to TwitterShare to FacebookShare to Pinterest
Labels: betrayed wives club, Glennon Doyle, how to heal from his affair, my husband cheated, Surviving Infidelity

If I made the "right" choice, why does it still hurt?

Letting go is actually a long, arduous series of choices and moments that build up over time. I also think “letting go” as a concept gets a little overblown in terms of importance. You don’t have to completely be “over” something to move forward with your life, and what does over even look like? Some things from the past will always sting a little when you press on the wound and that’s ok!

There's something that so many of are taught when we're young and trying to determine which path to take and it's this: If it's the "right" decision, it will feel right.

I believed that. And sometimes that belief served me well. But mostly, it did not. Because what felt "right" for me was often very very wrong.

I stayed, for instance, for seven years in my 20s with a guy who was emotionally unavailable to me except when I got fed up and pulled away. I was locked in this push-me-pull-me dance for seven long years. It felt "right" to me because my whole life had been about being told, in one way or another, that my needs were too much, that I was too much. And so, when he pulled away, it felt familiar. I needed to reign in my need, I figured. I needed to reign in myself. "Right" only felt right because it felt familiar.

Part of this idea, that a "right" decision feels right, is the belief in a gut instinct, in "trusting our gut". And, again, on some level, I subscribe to this. It was my "gut" that finally convinced my brain that something was up with my husband. It was my "gut" that knew what that something was, that knew who that something was. And I do believe that we often know things before we know them. Which is to say, we can learn to be still, to listen to that small still voice that we've often muffled if not silenced, and discover that's where our truth lies – a truth that centers ourselves and our needs. A truth that respects ourselves.

But that's different than assuming that the right decision feels right. That right somehow feels easy. Quite the contrary. Because often the "right" decision feels horrible. It feels panicky. It feels incredibly uncomfortable not because it's wrong but because we're not accustomed to making decisions that are "right" for us. For many of us, it's been a lifetime of making ourselves small to fit into what others want us to be. It's been a lifetime of dancing the same steps we've been taught, even when that dance was harmful to us. To stop doing that can feel like being parachuted into a strange country.

But look around. This new strange country, while frightening, can also be beautiful. This "right" choice might feel uncomfortable only until we start taking a look around, acknowledging just how fresh the air tastes. That doesn't mean we won't have moments of regret. That we won't sometimes miss what was familiar. New is still...new.

So, whatever choice you ultimately make, do it with no expectations that your life will suddenly come up roses. You've got to plant those suckers. You've got give them good soil, prune them back. And then, when some time has passed and there's been a good mix of sunshine and rain, just watch that babies bloom.

Email ThisBlogThis!Share to TwitterShare to FacebookShare to Pinterest
Labels: "Here's the Thing", how to heal from his affair, how to recover from cheating, my husband cheated, Surviving Infidelity 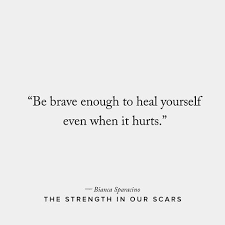