The Care and Feeding of a Betrayed Spouse

A betrayed wife (thanks Jane!) sent this link, which does an amazing job of outlining just how we betrayeds respond to the crap-fest of betrayal. Read it. Feel validated. And then insist that your spouse have the guidelines tattooed on his body.

You are NOT a Fool

This one's for us, ladies: 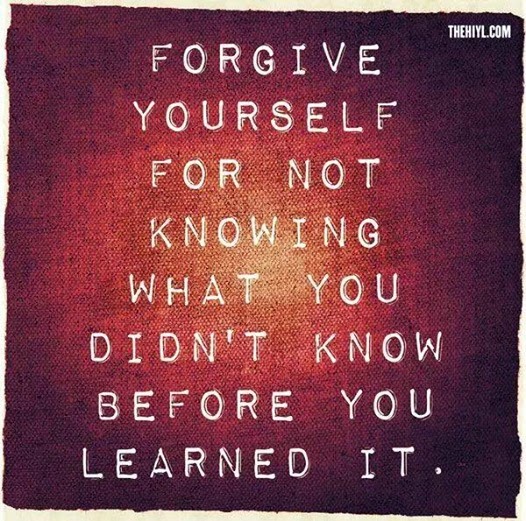 Without a Doubt: Coping with Indecision

The overwhelming question once we've learned about our husband's affair (apart from "what the HELL was he thinking?" and "how can I make it look like an accident") is whether we should stay in the marriage, or toss him out.
Oh, to have a crystal ball. Or even a Magic 8 ball that offers up something more decisive than "Ask again later".
Perhaps better than relying on outside oracles is to learn to tap into our own. Problem is, mine often seems to be dozing. I can sometimes nudge her awake with meditation or a solitary walk.
But too often, if she's offering up any answers, I can't hear them over the sound of my critic. The one who reminds me how often I'm wrong about things. The one who urges me to rely on others' advice instead. The one who whispers "you'll regret this".
Iyanla Vanzant, who writes "Iyanla, Fix My Life!" in O Magazine, recently tackled the "stay or go" question. Phrased as "How Do I Know When I'm Settling for Less?" it might as well have read "How Do I Know Whether to Stay With My Cheating Bastard of a Husband? because "settling for less" is what we often feel we're being asked to do.
Iyanla is a wise woman who knows a thing or two about betrayal. She also knows a thing or two about nudging that sleeping inner oracle awake. Her approach is to make some observations.
For instance, when your focus is on the time and energy you've invested in an endeavour [or person] rather than the love, joy, and gratification you've gained, you're probably settling. It doesn't matter if you've spent five years or thirty with someone if many of those years have been unfulfilling. But if you can honestly say that, within the time you've invested, you've experienced much joy and contentment, then it might be worth a second chance. The emphasis isn't on the investment but on the returns you've already experienced.
When you're making excuses about why you should stay put rather than going for what you truly want, you're probably settling. Sometimes we truly need to stay put in order to create circumstances that allow us to leave safely. But it's important to be honest with yourself about whether those reasons for staying are legitimate or simply excuses to allow indecision. If you stay, make sure that's a choice and not an abdication of choice. Similarly, if you leave, make sure it's a choice and not something you feel you should do because that's what our culture would have you believe.
Perhaps the wisest question we can ask is that age-old Ann Landers nugget: Am I better off with him or without him?
If you can't hear your inner oracle over the deafening sound of your own breaking heart and our culture's collective roar to kick him to the curb, then the wisest course of action might be what the Magic 8 Ball recommends: Ask again later.
Posted by Elle at 1:47 PM 31 comments:

How to Put Yourself Back Together

We often turn to disaster metaphors to describe what betrayal feels like. It's a nuclear bomb, a tornado, a hurricane. Our lives feel destroyed, reduced to ruins, blown up. And we ourselves feel torn apart, broken, a wreck.
They're apt, these metaphors. And they speak to the truth that betrayal changes everything. Just like a natural disaster, nothing is left untouched in some way. Not ourselves, our children, our jobs, our friends.
Surrounded by rubble – whether literal or metaphorical – we're left with the task of rebuilding. How?

Fall apart: Well, that part might have happened on its own. But don't fight it. Even when others around you are insisting that you DO something, resist that urge. This is the time for extreme self-care. Eat what you can (smoothies, toast, soup...), sleep when you can, shut out the world if necessary, especially anyone without your best interests at heart. Watch hours of television. Go for long walks. Cry. Then cry some more. Breathe. Deeply.
Sometimes it's when we're stripped of everything we thought mattered that we come to see what truly does. And sometimes when the only thing we can trust is that we're still breathing, we understand that's all we need to know. At least for now.

But don't make yourself crazier: Here's what NOT to do:
•Stalk your husband's OW on Facebook.
•Drink/drug/shop/gamble to escape the pain.
•Pain-shop.
•Have a revenge affair.
•Seek revenge against the OW.
•Track down an ex just to reminisce.
•Go to any event or spend time with any person that will make you feel worse.
•Do anything that could lead to you having your own parole officer.
•Hurt yourself physically.

Sift through the rubble to determine what's worth saving: Your marriage looks like a wreck. You have no idea whether to give him a second chance or not. Your kids are frightened. Your parents are wringing their hands. Your friends are wondering why you're not answering their texts. You haven't showered in eight days. Now's the time to take a good long look at what really isn't working in your life.
That friend you're avoiding because she always makes you feel lousy? Time to delete her from your life.
That job you hate? Time to consider your options. Back to school? Dust off the resumé? No need to DO anything yet, just be open to possibility.
Those toxic in-laws? Maybe now the is time to figure out your boundaries and learn ways of taking care of yourself that leads to self-love, not resentment.
That extra weight you're carrying? Start by walking off your pain. Those schlumpy clothes? Buy yourself something that makes you feel beautiful.
You get the idea. Open yourself to the possibility of a you who's ultimately healthier, inside and out.

Find support: I made haste to a therapist who could hold my head above water until I could tread water myself and/or make my way to shore. But support goes beyond simply the paid kind (though it's generally Worth. Every. Penny.). Surround yourself with those who love you unconditionally. Avoid those who think they know exactly what you should do, unless they're suggesting a long, hot bath. Steer clear of those with an axe to grind (their own nasty divorce/cheating husband/miserable life). This can be hard on those who love you though. So recognize that sometimes they'll step in it. That sometimes they'll get frustrated with you for not healing fast enough (it's hard to watch those we love in pain). But no matter. Explain to your trusted inner circle that you need their support and compassion, not their advice. That you need a shoulder to cry on, a hand to hold and, perhaps, a casserole or two left by the front door. Sometimes you might need a gentle kick in the pants to remind you that there's a big beautiful world out there that needs your presence.
Seek out online support that's based on self-compassion...and compassion for others. There's a lot of cruelty on the Web. Don't support it, don't take it personally, and don't contribute to it.

Hold tight to your values: Betrayal is such a primal wound that it pulls to the surface our most primal responses. We want to kill someone. We want to curl into the fetal position. We want to retreat to a cave and never show our face again. Feeling all that is absolutely fine...and to be expected. Acting on it? Not so fine. Once this shit-storm is over, you want to be able to hold your head high. You want your self-respect intact. You don't want to be wearing an orange jumpsuit (orange, frankly, is NOT the new black). Continue to live a life of honesty and compassion and kindness, even when it seems you're the only person who does. The day will come when you'll look back with pride on how you handled yourself.

Share your story: Whether in the pages of a journal, in e-mails to yourself or to a trusted friend, or on sites such as this one, sharing our story is a powerful way of putting ourselves back together. It allows us to see our stories from the outside, which can give us perspective. It is cathartic, giving us the chance to offload our fury, our pain and our confusion. And it's an important and scientifically proven way to heal from trauma.

Trust the process: It takes a long time to heal from betrayal and it can often seem as if you're stuck. Assuming you're taking steps to heal (counselling, self-care, boundary setting...), you are getting there. Trust that the day will come when this is simply part of your life story, not THE story.

Extend a healing hand: It's enormously healing to guide others along the path. None of us want to be in this club, yet here we are. And extending a hand to those who are feeling the same pain, struggling with the same confusion, reminds us that we're not alone. That we've healed, even just a bit. And if we've healed a bit, then we can heal a bit more. And bit by bit, we become whole.

Opting Out of the Painlympics