Sharing our Secret Selves: How to Save Your Own Life 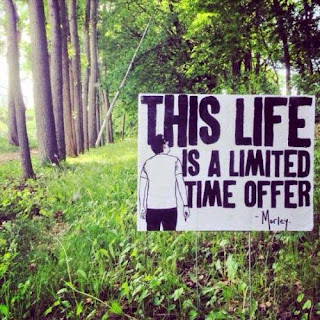 "I still think it's vital for a girl to share her truthful, secret self somewhere.... Every little girl is told at some point that the world does not want to see the ugly, afraid, secret version of her. Sometimes the people who tell her this are advertisers, sometimes they're people close to her, and sometimes they're just her own demons.
And so she must be told by someone she trusts that this hiding is both necessary and unnecessary.
She must be taught that, in fact, some people will want and need to hear about her secret self as badly as they need to inhale. Because reading her truth will make them less afraid of their own secret selves. And she must be taught that telling her truth will make her less afraid too. Because maybe her secret self is actually her own personal prophet.
She also must be warned that her truth will undoubtedly make some people uneasy and angry, so she'll need to share it strategically..."
~Glennon Doyle Melton, Carry On, Warrior


This site has been difficult reading lately. So much heartbreak. So much anguish. So much desperation. And such frantic calls for a lifeline.
I wish I had the expertise and resources to respond. I wish I had the magic words that could restore your will to live when you're drowning in sorrow.
I do know that some women will make that irretrievable choice to end their lives, though I pray that it's never anyone whom we had the chance of reaching on this site. I pray that the words here, by me and so many others, can act as a tether, keeping women rooted in this world until the pain inevitably subsides and they realize the strength they've always had to carry on, to wait until tomorrow reveals its beauty.
I considered ending my life. I simply didn't think I could live with the pain a second longer. I was exhausted. Out of hope. I couldn't imagine a future that didn't include this level of agony.
I didn't do it because I had children. And because I had been a child when my own mother attempted suicide. I know now that she attempted suicide for the same reason that I considered it. The pain felt greater than her ability to carry it. Her imagined tomorrow held only more pain.
But to the child me, my mother's attempted suicide wasn't about her rejecting her pain but about her rejecting me. I concluded that I wasn't worth living for. It has taken me many, many years to value myself. To value my own life.
No matter how deep my pain following D-Day, I wouldn't risk putting that on my children.
I might not have valued my own life but I valued theirs.
And then an interesting thing happened.
I asked myself what it was about them that made them valuable. Was it their beauty? Their intelligence? Their ability to make me smile? Their creativity? What did they do that made their lives worthy?
And I realized, it wasn't anything they did. It was their being.  My children's lives had value simply because they existed.
And I realized that my own life had value simply because I existed.
Yes, I was in a horribly dark place. Darker than I'd ever been. But some of that darkness came from my own secret self. Some of that darkness came not just from what my husband had done but from the story I was telling myself about what he had done. The story that included me not being pretty enough, not being sexy enough, not being worth loving.
And by admitting those secrets to myself I was able to examine them and see that they were untrue. Just as my children are worth loving because they just are...so am I worth loving because I am. And so, my beloved BWC members, are you.
I can imagine all the protestations. But you don't know me, you might be thinking. You don't know how bitchy I can be. You don't know how fat I've become. You don't know how many mistakes I've made in life.
How often I've failed.
No, I don't. But I know how often I have...and that's the very same thing.
So while I don't have a hotline or a lifeline or any other way to reach you when you are in that dark, scary place where your secret self is longing for an escape from the pain, I do have this site, which is here 24/7 full of the support and wisdom and compassion that we all deserve.
And I have this: I'm not in that place anymore where it hurts to breathe. My kids showed me that all life is sacred. That we are enough.
I hope you can remember that. I hope you can begin to let that secret self out to express her pain, to tell the story of her long journey to this place, and to know that the story isn't over. That it will include healing.
Your secret self will make some people uncomfortable and they will wish you would shut up about it. But your secret self is a prophet, leading you out of the darkness...and lighting the way for countless others.

Email ThisBlogThis!Share to TwitterShare to FacebookShare to Pinterest
Labels: betrayed wives club, how to heal from betrayal, how to survive infidelity, suicide