How to Tell the Difference Between Good Anger and Bad 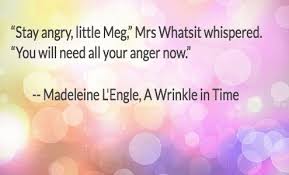 Anger gets a bad rap. Women, particularly, are socialized to stifle our anger. It's unladylike, it's off-putting, it's hysterical. My husband used to shut me down with "you're acting crazy." Which only made me angrier. "Crazier."

But anger is an important emotion. It's an inner guardian warning us when our boundaries are being violated. When we're being dismissed. Or ignored. Or treated like we have no value. Anger is the logical response. It isn't anger that's bad. It is, however, what we sometimes do with that anger that causes problems.

Anger, when tapped to keep us safe or stand our ground or carve out space for ourselves, is potent. As I wrote here, "Anger can feel like power. It can be empowering. If anger is channelled to give you the strength to create boundaries for yourself, to refuse to be disrespected, to wake you up just how deeply you've lost yourself in a desire to be loved or secure, then that's a good thing.... Just don't confuse it with moving on."

I see a lot of anger in the infidelity world. And I get how satisfying it can be. There is something intoxicating in hating someone who deserves it. And I think anger can provide a valuable role in helping us break the spell, as the mother of an ex-boyfriend put it. "You should hate him for a little bit," she advised me, as I moaned about how much I loved him after he broke up with me.

She was right. Rather than focus on what I missed about him, I began focussing on what I didn't miss. The emotional distance, the unpredictability, the cheating. Hating him helped me see him as who he really was, not who I wanted him to be. The thing with anger is we can't let ourselves stay there. It's an emotion not a way of life. We need to feel it, respond to what it's trying to show us, then move on. Hating my ex-boyfriend released me from him. It broke the spell. But I didn't continue to hate him. I didn't need to. He had no power over me. As I wrote in 2016, "Just don't confuse it with moving on."

Mrs Whatsit urges Meg to acknowledge her anger because it has something valuable to show her. It is fuel for Meg to right wrongs.

That's good anger. To right wrongs. To stand our ground. Anger as our inner guardian.

But anger turns bad when we're harming ourselves. When it's making us cynical or bitter over time. When our anger is keeping us tethered to the person who hurt us. When we engage in behaviour that is unethical, illegal, dangerous. At that point, our anger has become the poison that we're drinking.

Let your anger be fuel not poison. Let it motivate you to demand respect, honesty, decency. Let it fuel you to walk away from anyone or anything that doesn't allow you to be your full self and express your full emotional range. Which includes anger.

Email ThisBlogThis!Share to TwitterShare to FacebookShare to Pinterest
Labels: betrayed wives club, how to deal with anger after he cheated, how to heal from his affair, Surviving Infidelity