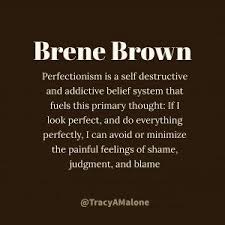 Email ThisBlogThis!Share to TwitterShare to FacebookShare to Pinterest
Labels: betrayed wives club, Brené Brown, how to heal from his affair, my husband cheated, Surviving Infidelity

There's No Going Back to Normal: Infidelity Edition

It is a hard truth to swallow but: There won’t be a return to “normal.”

~Ekemini Uwan, "There's No Going Back to Normal", The Atlantic

The crisis of New Year's Eve is receding. My daughter has support, both emotional and medical. My other daughter's lost cat, which seemed to amplify my sense of powerlessness in protecting my kids from pain, has returned home after five days of haunting my dreams. I can look around and admit that things feel mostly "normal".

But we all know that "normal" is an illusion, don't we? There is no "normal" after trauma, after betrayal, after such heartbreak. How things look to those on the outside simply doesn't match the change that has occurred on the inside. But it's crucial to remember: We have more control over the inside change than the outside change. Put another way, we don't control what happens to us but we have some control over how we respond to it.

I say some control because trauma sometimes takes the wheel. That heart-pounding tunnel vision "ohmygoditshappeningagain" is not easily controlled, at least not without therapy and strategies and practice.

Normal appeals to us exactly because it implies an erasure of what took place. Normal promises us that the pain is gone, that the threat has been removed. Which is why it's so deceptive. The threat was always there, even when we didn't recognize it. Not to sound sinister but ...people can betray us. We know that now. And there is no unknowing it.

But accepting that reality, as Ekemini Uwan writes, is not to be confused with approval of it. She's writing about our new Covid-colored reality of lockdowns, and Zoom meetings, and isolation. But it's just as true of the days following betrayal. We must grieve the loss of our old "normal" even as we accept that there is not going back to it. And, if we're honest, do we want to? Just as before Covid relegated us to watching life happen on TV, there were uncomfortable truths we were ignoring. Racial injustice, economic inequality. A frenetic pace that was making a whole lot of physically and psychically ill. Do we really want that again? Or do we want to build an intentional...something...in its place.

I chose the latter. Once I accepted that my old normal, which included me overlooking a lot of painful things, wasn't an option, I set out to create a marriage that felt better. It started with insisting my husband no longer schedule evening meetings with clients. It included my husband being home for dinner with me and our children at least five nights a week. It meant no more work trips without discussing them with me first. I looked at things I had been tolerating in the spirit of "partnership" and "compromise" but that were actually a betrayal of my own values, that were about poor boundaries disguised as being "easy-going".

Uwan puts it like this: "...radical acceptance is not a call to stoicism. An array of emotions (anger, fear, anxiety, grief, etc.) may arise within you in response to reality. Suppressing these emotions can be tempting, but allowing yourself to feel whatever you feel without judgment is also a kind of radical acceptance. And I have found that radical acceptance can be freeing—accepting what you cannot change enables you to focus on what you can."

Only then can we focus on what can grow from the ashes of what's been destroyed. 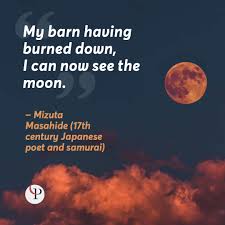 Being a Human Is Hard

2021 was ushered in by our family with a trip to the emergency room. Our eldest, who has a long list of mental health symptoms, has been struggling for many months with intrusive thoughts telling her to kill herself. Exhausted by fighting back, she began swallowing pills. One after another after another until the bottle was empty. She didn't want to die, she tells us and the doctors. She just couldn't fight any more. The thoughts were louder than any telling her that her life was worth anything. That she was worth anything.

I read an obituary last night for the son of a US politician who took his life on New Year's Eve. This was a kid with everything. A loving family, scores of friends, an Ivy League education, a promising future. And depression. That too. And, as he said in his note, "my illness won today."

It was also reported that he often reminded people around him that "being a human is hard". It was a plea for kindness. A reminder that we're all doing the best we can with what Anne Lamott calls our rusty bent tools.

And, don't get me started, but what's wrong with them? The cheaters, the enablers, the affair partners, this culture that celebrates infidelity as sexy and forbidden and titillating?

Being a human is hard.

This is not an excuse. Not at all. It is not a way out of accountability. It does not free any of us from what we owe to other human beings – honesty, decency, kindness, respect. It is simply a reminder that it is almost impossible to extend compassion to others, true compassion, if we cannot give it to ourselves.

It is, rather, my own plea that each of us suspend judgement as often as we can. That each of us recognize that we haven't a clue what battles others are waging. Hurt people hurt people. Sometimes with intention. Often not.

My daughter is okay. She has good care and a treatment plan. But being a human is hard, particularly a human with a persistent disease that is difficult to treat and that many continue to deny is real. It's a particular type of pain we feel when others tell us it's not there. That we're not trying hard enough. That we're overreacting. We know that pain, don't we? Invisible to so many.

Being a human is hard.

Email ThisBlogThis!Share to TwitterShare to FacebookShare to Pinterest
Labels: Anne Lamott, how to heal from his affair, my husband cheated, Surviving Infidelity 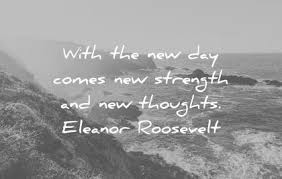 On Drowning in Grief and Learning We Have Gills 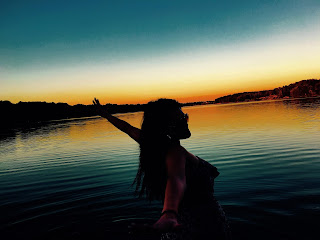 It was like I was drowning, I was so weighed down by my own heartbreak. Then one day I decided to just dive all the way down into it, sink into this unbearable ocean of grief, only to discover that I had gills. For weeks, it was like I lived at the bottom of my own soul, digging my feet into soft sand at the depth of an ocean, learning about the quietest, scariest parts of my soul. And, when I was ready, I kicked off and swam.

For weeks, I struggled to breathe. I, too, felt like I was drowning. And when we're drowning, we often panic. We fight for air. We flail. We exhaust what little energy we have.

Surrendering to the pain feels terrifying. We are so sure we'll never recover. We are convinced that we will drown in our own "ocean of grief" created by our tears, that if we're not fighting to survive, we'll die of the heartbreak.

And then...the opposite happens. We learn, as the writer says, that we have gills. We learn that surrender isn't giving up at all, it's accepting. All the flailing and panicking and fighting and denying in the world isn't going to save us from the pain. What will? Accepting it. Inviting it in. "Diving all the way down into it."

I know it's terrifying. I also know it's necessary. In all my years of hearing your stories, listening to those of you who've healed from this, navigating my own path through heartbreak, I've come to the conclusion that there is no other way back to a fully-lived life. Sure you can survive this without diving into the grief. And, honestly, in those early days, surviving was my goal. I couldn't imagine anything on the other side of survival. It would be enough, I decided, to just not die from the pain.

But then, as it became clear that I would survive, it also became clear that survival wasn't enough. And that meant diving into my grief. That meant I had to stop pushing my pain away and invite it in. It meant sinking into this unbearable ocean of grief. I discovered not just the heartbreak of my husband's betrayal there but so much more. Heartbreak I hadn't allowed myself to acknowledge. All the ways in which I had been betrayed and all the ways in which I'd betrayed myself. It's a lot. Having a therapist handy with a life-ring helped. Having friends who could sit with me in my pain helped. Having my mother, the source of much of my long-buried pain, able to acknowledge it with me, to tell me again how sorry she was. Having a dog into whose furry neck I could sob until I felt empty also helped.

You also don't have to do this alone. But, if you want not only to survive this pain but to emerge with your heart still open to love and life, then you do have to do this. You have to surrender to the grief. You have to stop flailing and fighting to stay at the surface. You have to "dive all the way down into it, into the unbearable ocean."

What happens when we reach that bottom is we learn we have gills. We can stay there, still breathing, as long as we need to. And then, I promise, we rise.

Email ThisBlogThis!Share to TwitterShare to FacebookShare to Pinterest
Labels: betrayed wives club, coping with grief, Glennon Doyle, how to heal from his affair, my husband cheated, Surviving Infidelity 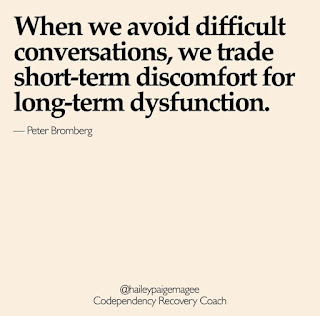 Email ThisBlogThis!Share to TwitterShare to FacebookShare to Pinterest
Labels: betrayed wives club, how to have a difficult conversation, how to heal from a partner's affair, my husband cheated, Surviving Infidelity
Older Posts Home
Subscribe to: Posts (Atom)